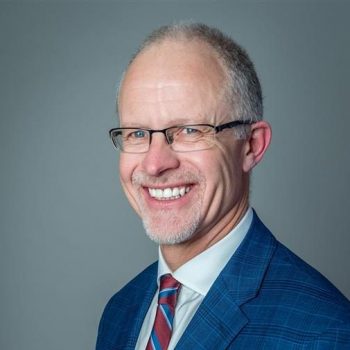 Dr. Eric McCarty is in his 19th year working with the CU athletic program, joining the sports medicine team in July 2003. But he’s certainly no stranger to the University or to Boulder.

McCarty, 56, is the Chief of Sports Medicine and Shoulder Surgery position in the Department of Orthopedics at CU’s Health Sciences Center in Denver, where he also is an associate professor, enabling him to return to his home state where he starred as both a prep and collegian.

He returned to CU from Vanderbilt University, where he was an orthopedic surgeon, assistant professor and team physician for the Commodores’ athletic teams for four years.

He graduated in 1988 from CU with a degree in kinesiology and a 3.75 grade point average. A four-time Academic All-Big Eight team member, the first in school history to be honored four times, he was an Academic All-American his senior year, when he reached the finalist stage for the Rhodes Scholarship. On the field, he earned first-team All-Big Eight honors as a senior, when he led the Buffaloes with 148 tackles, the fourth highest total at the time in team history. He had 237 career tackles in two years on defense, after moving over from offense where he played fullback (503 career rushing yards), and earned four letters.

He earned his M.D., with honors, in 1993 from the University of Colorado School of Medicine in Denver, and did his internship residency at Vanderbilt in orthopedic surgery between 1993 and 1998. Shortly thereafter, he spent a year at the internationally renowned Hospital for Special Surgery in New York City, where he received a fellowship in sports medicine and shoulder surgery. While residing in New York, he worked with the NFL’s New York Giants. During this time is when he obtained his expertise in the arthroscopic and open surgical management of sports injuries to the knees and shoulders as well as a special emphasis in the management of complex shoulder problems including shoulder instability, rotator cuff tears and shoulder replacement surgery for arthritis.

In addition to his busy clinical practice, Dr. McCarty is very active in research, teaching, and writing articles in the field of sports medicine and knee and shoulder surgery. He has received grants for his research and has given numerous talks at both the national and international level. One of his many interests is the care of the high school athlete, and his background allows him the ability to understand the issues surrounding the prep athlete.

McCarty has been the recipient of over four dozen awards in his professional career, and has had papers published on 15 occasions while contributing to several others.

He was born November 16, 1964 in Lundstuhl, West Germany. He graduated from Boulder High School in 1983, where he was the state’s player of the year as a senior and considered one of the nation’s top recruits after rushing for 1,301 and 13 touchdowns; he won the prestigious Denver Post Gold Helmet Award that same year. He is married to the former Miriam Liddell, and they have four grown children, Madeleine, Eric Cleveland, Jr., Shannon and Torrance.