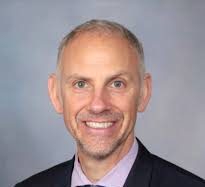 With more than two decades of experience in medical treatment of sports injuries, Finnoff joined the USOPC in January 2020 after serving as medical director for the Mayo Clinic Sports Medicine Center in Minneapolis, where he has served as a team physician for the Minnesota Timberwolves NBA and Lynx WNBA teams since 2014. A former professional athlete, he has also served as a team physician for the U.S. Ski & Snowboard Association since 2003, specializing as the head team physician for the U.S. Nordic Combined Ski Team for the last five years during which time he accompanied Team USA to the Olympic Winter Games in 2014 and 2018. He was first introduced to the Olympic and Paralympic movements in 2002, when he served as medical director of the Soldier Hollow athletes’ clinic for the Olympic Games and the venue medical officer at the Paralympic Games in Salt Lake City.

Finnoff earned a Bachelor of Arts from University of Colorado, Boulder, and a doctorate of osteopathic medicine from the University of New England. He specializes in and has published original research related to sports and musculoskeletal medicine with an emphasis on diagnostic and interventional ultrasound procedures, regenerative medicine, sport concussions, and injury risk and prevention.