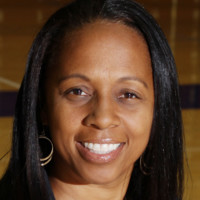 Former Los Angeles Sparks head coach Dr. Julie Rousseau, who has more than 25 years of coaching experience and now serves as an adjunct professor of both identity development of the contemporary female and women and the law in the Gender and Sexuality Studies department at USC, is the chair the USC athletic department’s Black Lives Matter Action Team (USCABLM).

Rousseau received her bachelor’s degree in education (physical education/kinesiology) from Cal State Los Angeles in 1991, a master’s degree in psychology from Pepperdine in 2012 and a doctorate in human systems engineering from Arizona State in 2019.