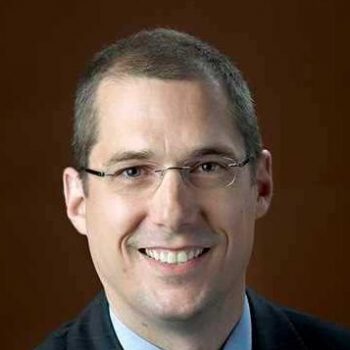 Dr. Doug Aukerman joined the Oregon State University athletic staff in January of 2012 as Senior Associate Athletic Director for Sports Medicine. He manages, on a day-to-day basis, the sports medicine program for all of OSU’s intercollegiate athletics sports teams.

Aukerman’s focus is to ensure that OSU’s student-athletes receive the best care possible in all aspects of their athletic training, including injury prevention, treatment and rehabilitation. His goals are to institute new procedures and methodologies into practice in the OSU sports medicine program, monitor medical expenditures and record keeping, and to coordinate the services of team physicians and consultants. He also facilitates the flow of information between physicians and consultants with head coaches, develops and enhances the technical expertise of the medical staff, and identifies highly trained new staff as the need requires.

In addition to his OSU duties, Aukerman is a sports medicine physician employed at Samaritan Health Systems.

Aukerman came to Corvallis after serving as a team physician at Penn State Hershey Medical Center in the Department of Orthopaedics and Sports Medicine starting in 2003. While with the Nittany Lions he worked closely with both the men’s basketball and football programs in addition to many of the other teams. He held the positions of Primary Care Sports Medicine Physician, Team Physician and Associate Professor as part of Penn State’s sports medicine unit, which services all 29 sports teams as well as area high schools and the general public. He also developed and was the fellowship director of the Penn State Primary Care Sports Medicine Fellowship program, which provides advanced training for physicians. Aukerman also maintained a clinical sports medicine practice in State College with the Milton S. Hershey Medical Center.

Prior to coming to Penn State, Aukerman served as the team physician for varsity athletics at East Tennessee State University in Johnson City.

He earned his undergraduate degree from Vanderbilt University, where he was a student athletic trainer for the football and men’s basketball teams. Aukerman went on to attend medical school at the West Virginia School of Medicine, completing his medical degree in 1998.

He completed his residency in family medicine at West Virginia University Hospitals in 2001 and then attended Wake Forest University for fellowship training in sports medicine in 2002.

An avid runner, Aukerman has completed several marathons, half marathons and numerous road races, including the Boston Marathon. He also serves as the medical review officer for NASCAR’s drug-testing program.

Aukerman’s wife, Melissa, is certified by the American College of Sports Medicine as a Clinical Exercise Specialist and was the head coach for State College Area High School’s girls’ lacrosse team. The couple have a young daughter, Adele.