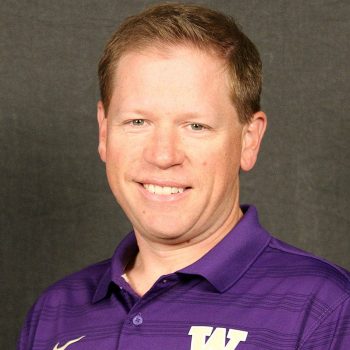 Michael received his Bachelor of Arts in Athletic Training from University of the Pacific in 1999 and Master of Science in Kinesiology from Indiana University in 2001. Michael is currently a Senior Associate Athletic Trainer in the University of Washington Athletic Department. Prior to moving to the Seattle area he served as an Athletic Trainer for the entertainment department at Disneyland Resort in Anaheim, CA. Michael has also worked for University of California, Los Angeles working specifically with women’s volleyball and track and field. Following graduate school he completed a one year fellowship as an Athletic Trainer at the United States Olympic Training Center in Chula Vista, CA. In addition to his service at Washington, he volunteered for the United States Olympic Committee as Athletic Trainer for multiple international competitions. Michael has lectured around the country and internationally on the benefits of soft tissue mobilization as well as lumbopelvic dysfunction.