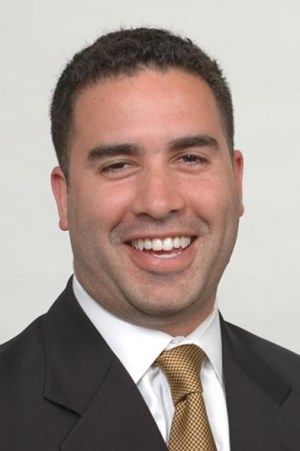 Miguel Rueda is in 16th year in the CU athletic department, his fourth as the senior associate athletic director for health and performance; he had been the associate AD over the same area since being promoted to the position in February 2015. He previously had served nine-plus years as the head athletic trainer for football after he was hired on August 1, 2006, just days ahead of CU’s preseason camp.

A member of athletic director Rick George’s executive team, he is also the chair of the Pac-12 Student Athlete Health and Well-Being Initiative (SAHWBI), the conference’s medical board (he previously served as the vice-chiar). In 2020, he was heavily involved in developing the Pac-12’s regulations, policies and protocols concerning the coronavirus pandemic. He has been CU’s institutional representative for the Pac-12’s student health conference since shortly after CU joined the league in 2011, and in that role, he organizes the annual meeting for all sports medicine officials from each league school.

In his role, he oversees the entire training staff as well as serves as the school’s liaison with the CU Sports Medicine and Performance Center, housed in the athletic department’s Champions Center. He also oversees the strength and conditioning and sports nutrition areas as well as CU’s sports psychologist and works closely with campus on research initiatives.

Rueda, 49, was the second-longest tenured trainer in CU’s athletic history, serving 13 years in that capacity, behind only a 14-year run by Dave Burton, who held the position from 1985-99; one other had served in the role for eight years, and three others for seven.

He came to CU from Fresno State University, where he has been the Director of Sports Medicine since February 2001. At FSU, his primary responsibilities were the care and prevention of injuries for the football program and overseeing all areas of the Fresno State Sports Medicine Program. He has similar duties at Colorado, as he coordinates the needs and staffing for CU’s 16 intercollegiate varsity programs.

With CU’s move to the Pac-12 Conference, he was named the Education Director for the Pac-12 annual sports medicine meeting, a role he performed in the 2011-12 academic year and will continue to serve in for at least the 2012-13 year as well.

Ironically, his first football game as Fresno State’s head trainer was in Boulder, as the Bulldogs played the Buffaloes in the Jim Thorpe Association Classic on August 26, 2001; FSU won the game, 24-22, and went on to climb into the nation’s top 10, until getting knocked off by Boise State, then coached by CU’s future coach, Dan Hawkins.

Rueda previously had worked two years (1995-97) as a graduate assistant trainer for the Bulldogs while earning his master’s degree in exercise physiology.

He had rejoined the Fresno State staff from Towson University, where he served as an assistant athletic trainer from 1998 to 2001; he was the head trainer for football. Prior to Towson, Rueda spent time with the Miami Dolphins of the National Football League in 1997-98 and with Holy Cross in 1994-95. He also has extensive teaching experience, instructing classes ranging from sports medicine administration to basic athletic training courses over the past 10 years.

He received his undergraduate degree in athletic training from Boston University in 1994, and his master’s degree from Fresno State in 1997. Rueda is a member of the National Athletic Trainers Association, the College Athletic Trainers Society and has American Red Cross CPR and First Aid certification.

He was born November 17, 1971 in San Francisco, graduating from the city’s J. Eugene McAteer High School where he lettered in cross country and track. He and his wife, Andrea, have two sons, Gabriel (who earned an appointment at West Point, where he is a sophomore) and Christopher, and a daughter, Isabella.